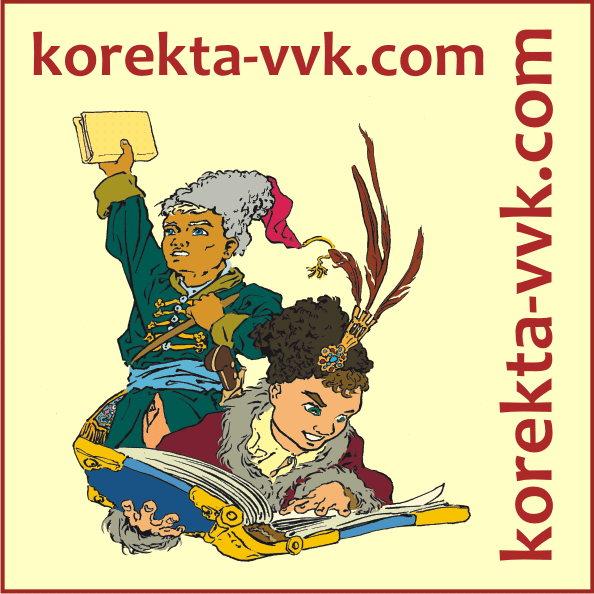 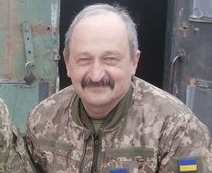 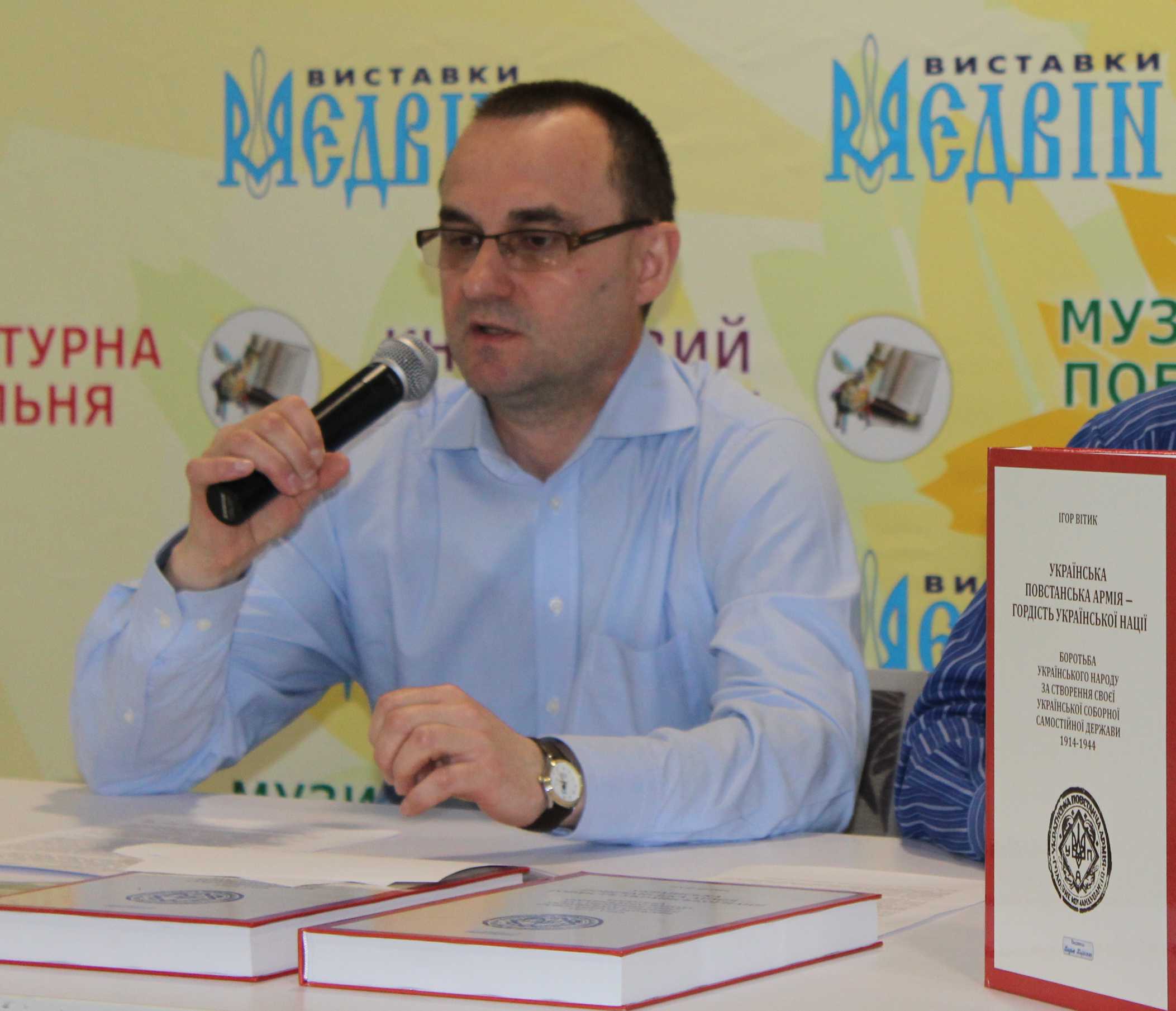 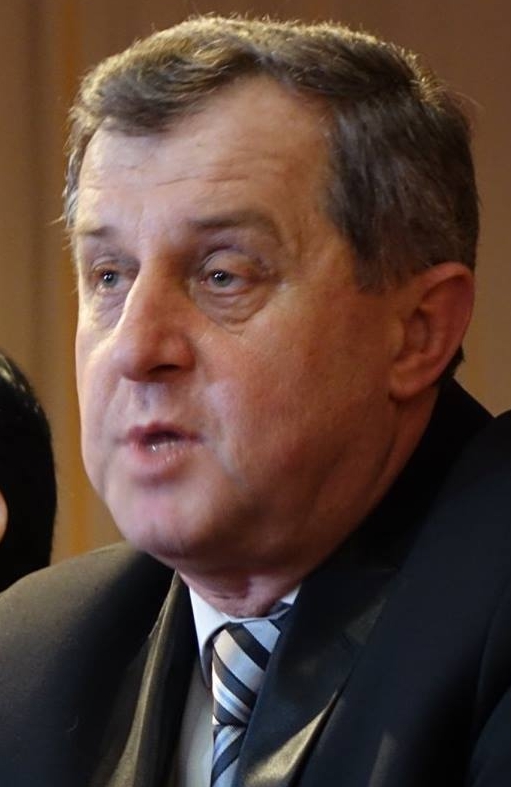 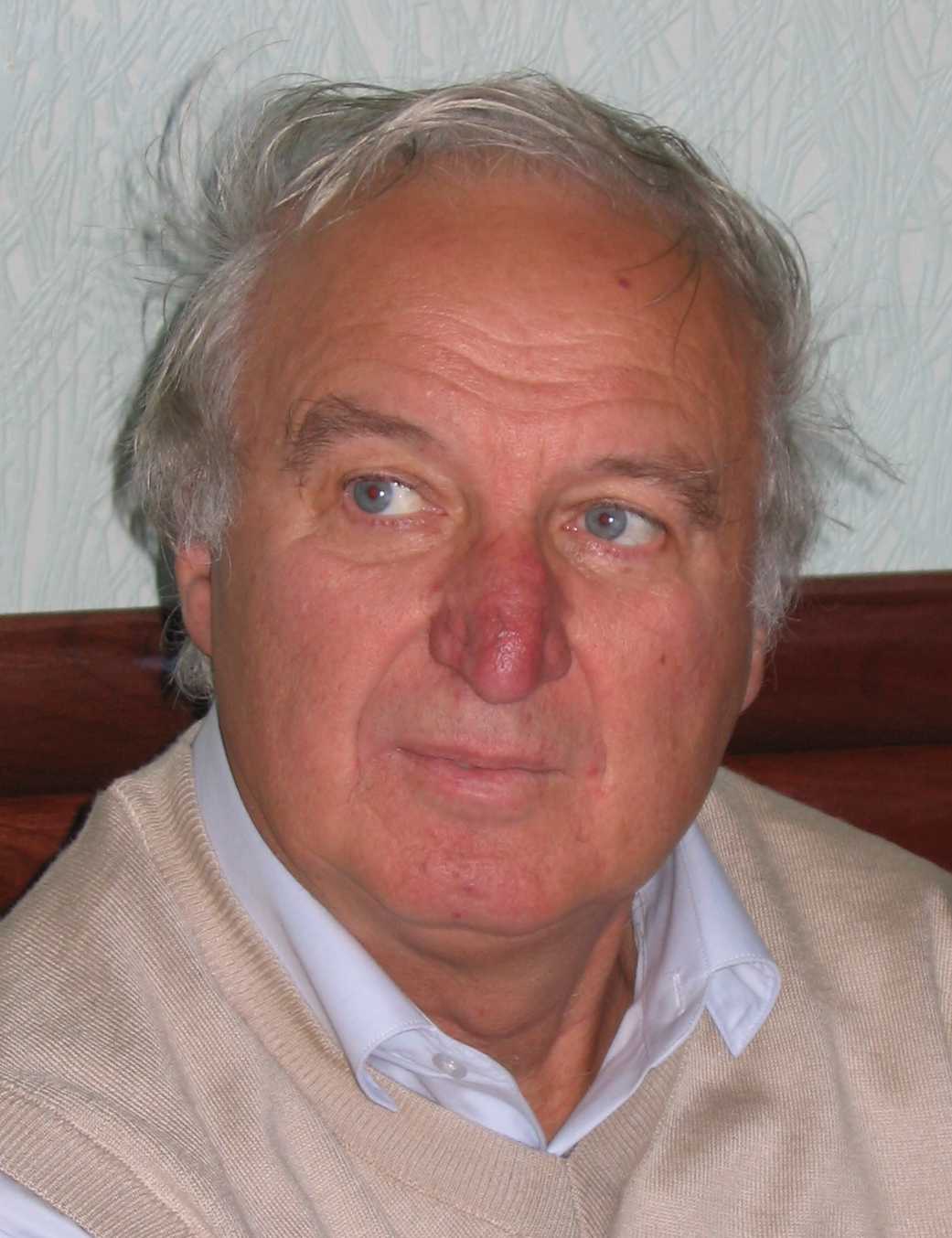 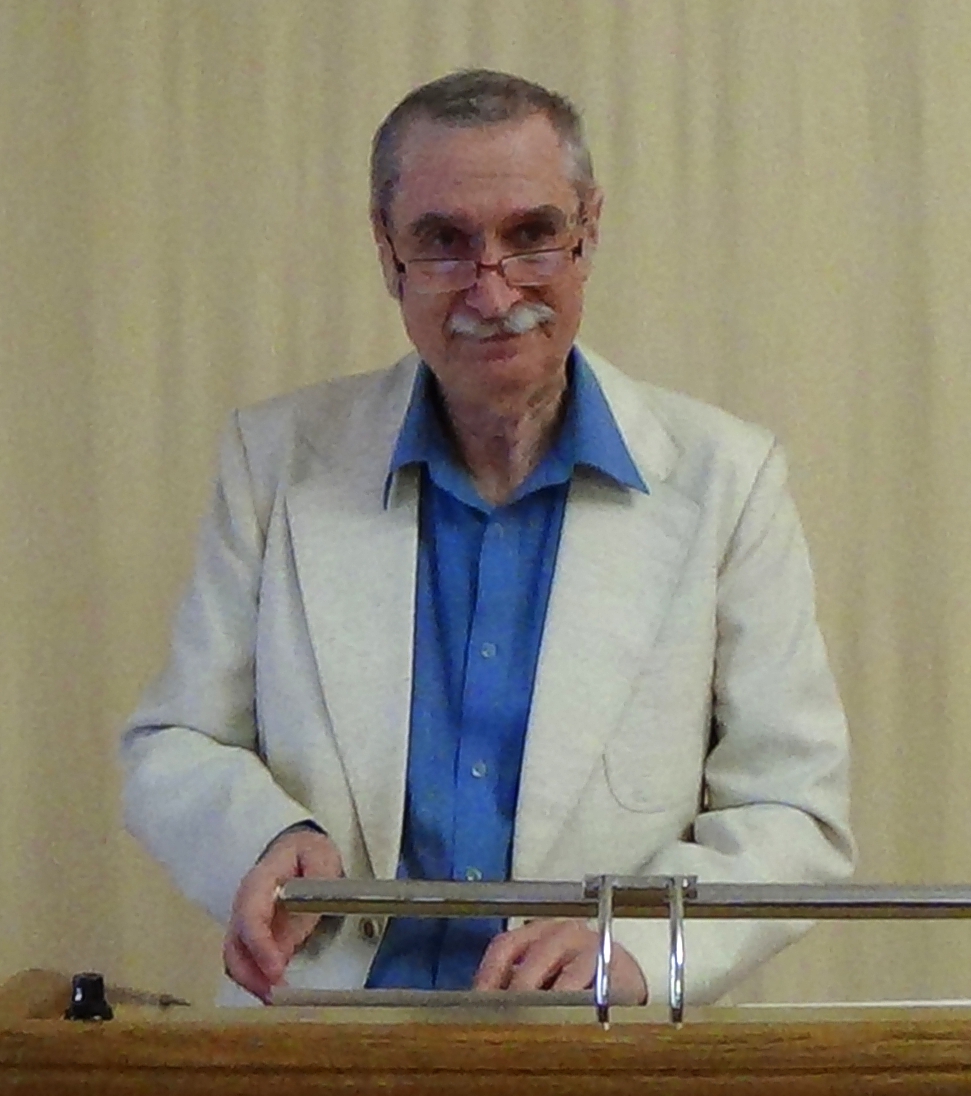 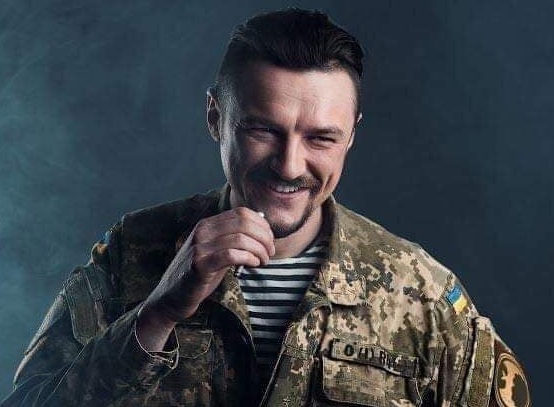 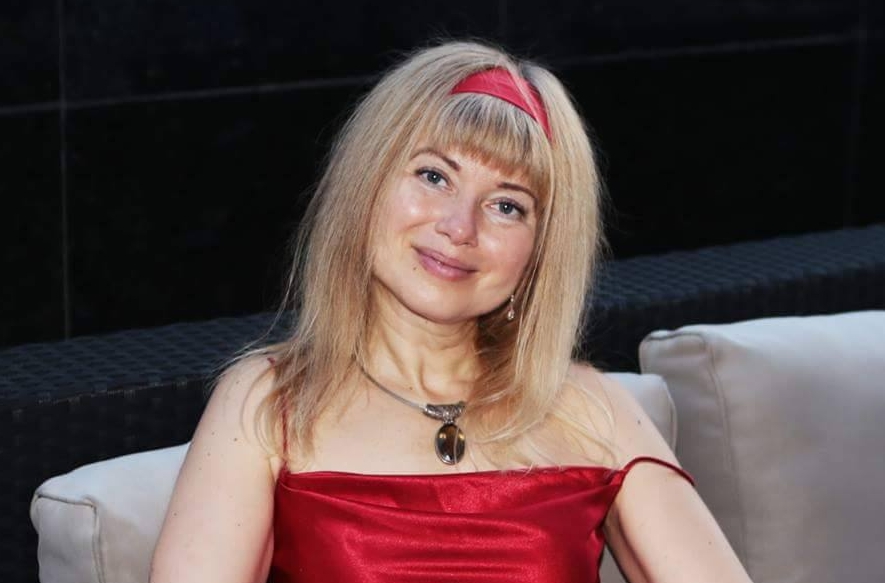 Intelligent life in the cosmos. Is someone out there sending a message to us?

“The probability of success is difficult to estimate, but if we never search, the chance of success is zero.” – Cocconi and Morrison

Are we alone in the universe?

“Mankind has a deep need to explore, to learn, to know. We also happen to be sociable creatures. It is important for us to know if we are alone in the dark.”- said Stephen Hawking, when the Miller’s Breakthrough Listen was inaugurated.

Hawking, however, also cautioned that contact with an alien civilisation may not be all good for the earth. The aliens may have the capability to wipe out the human race. They may not be more considerate to humans than humans often were to creatures or people less capable than themselves, Hawking said.

There have been other studies of technologically superior humans making contact with greatly different civilisations. In the contact of Europe with the Americas, after Christopher Columbus, humans, ideas, animals, plants, microbes, disease were transferred, to the advantage of the Europeans and effective elimination of the original Americans.

ET initiatives, however, are limited. The only possible contact, as of now, may be the decoding of a radio message, from light years away. And visits by aliens or alien spacecraft are quite out of sight. 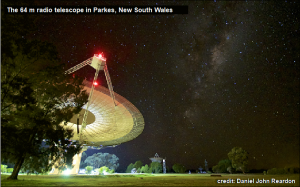 The Guardian, UK, reported on the 18th Dec 2020, that extra-terrestrial signals appear to have been detected. The findings are to be published in early 2021, but the news leak has brought the subject of ET back into focus.

The report is that while monitoring radio-frequency emissions from Proxima Centauri, a red dwarf star, the nearest, at 4.2 light years, from the solar system, scientists at the Parkes Observatory in Australia recorded a persistent signal, at a fixed frequency, repeated many times over a period of a week. Checks and cross checks to eliminate errors or identify sources have led to a suspicion that this may just be what a campaign that was set into motion over 60 years ago has been waiting for!

Speculation about intelligent life in the cosmos was given shape in 1959, in a seminal paper by Giuseppe Cocconi and Philip Morrison, in the journal, Nature. Assuming there was an intelligent community somewhere in the universe interested in communicating with another one, the paper said, the signal it sent out would need to be one that could cover long distances. The writers argued that this must needs be a radio wave, in the range of 1 to 10,000 MHz. And within this range, the best place to look would be in the region of the prominent emission of hydrogen, at 1,420 MHz (or a wavelength of 21 cm). And further, to stay clear of background emissions, we should look in directions away from the galactic plane, in spells of observation from minutes to hours, and to look out for streams of pulses that may continue for years before they are repeated.

The very next year, the scheme was taken up by American astronomer, Frank Drake, and he set up a facility with the 26-meter radio telescope in Green Banks, West Virginia. Many others joined and Drake later set up a radio telescope in Puerto Rico. It became the start of SETI (Search for Extra Terrestrial Intelligence) an international effort, mostly privately funded and including individual exo-planet hunters. And then, in 2015, in a function that celebrities, like Stephen Hawking attended, Russia born, Silicon Valley billionaire, Yuri Milner launched Milner’s Breakthrough Listen, a US$ 100 million, ten-year programme to push the limits of the search of ETI. “If we do not find something in these ten years, we will just extend for another ten, and then another ten, “Milner said.

The programme purchases stellar observation time in facilities and funds investigation, worldwide, major work being by two of the largest radio telescopes in the world, the Green Banks Telescope in West Virginia and the Parkes Telescope in Australia. Perched, as these two are, on opposite sides of the earth, they can cover most of the visible sky. And in addition to radio signals, the project has tied up with the Link observatory in Berkeley. This is both for data analysis, and to watch, using the ultra-sensitive equipment of the Link, for feeble signals sent through optical lasers.

The facilities at hand could thus monitor millions of stars and galaxies. The major thrust, however, has been with red dwarves, which are the most ancient stars, at later stages in their course of evolution. The choice was first of ‘sun-like’ stars, as being the most likely to host ‘earth-like’ planets. But then, it was found that conditions could be suitable with near planets of the cooler red dwarves too. And there are a great many more such red dwarves, than ‘sun-like’ stars.

Proxima Centauri, which holds centre stage at the moment, is a red dwarf, and it has two main planets in orbit.  The one that is further away is surely too cold to be of interest. The nearer planet, however, is about the size of the earth and in the so-called ‘habitable zone’, where it is possible for water to exist in the liquid form. Proxima Centauri, however, exhibits peaks in magnetic activity, with rise in brightness and X ray emission. Because of this feature and the fact that the planet is close to the star, Proxima Centauri was not of serious interest for SETI. The data that is now of interest got collected because of a team that used the facility to study the effect the star’s periodic ‘flares’ had on its planets.

The way the Milner’s Breakthrough Listen programme functions is that massive data collected by radio telescopes around the world is analysed, through automation, and manually, during months after collection. The data is first filtered, to throw out what is clearly terrestrial or other forms of ‘noise’, that have nothing to do with ET. What is left is then analysed in detail, to keep only a part whose origin cannot be explained – for further study.

The data from Proxima Centauri, collected in April 2019, was also routinely kept aside for examination.  And in October 2019, Shane Smith, undergrad student and intern at the SETI programme at Berkeley, noticed the curious feature in the Proxima Centauri data – emissions in a narrow frequency band – 982.002 MHz. This was outside the range of known artificial sources. None of the filters had blocked the signal and it was screaming for a reason of why it was there!

All the data was reviewed and it was seen that the emission had been in focus several times in the course of a week of observation. The procedure is that after each 30-minute spell of observation, the telescope shifts to a different part of the sky, to make sure that data pertaining to the part observed is unique to that part. The emission at 982 MHz qualified, and was found to be coming from precisely the direction of Proxima Centauri

The effort is on to find an explanation for the signal, some source of radiation, maybe from a man-made satellite, some atmospheric disturbance, some identified cosmic event.  Everybody involved agrees that the chance of the reason being anything else is exceedingly remote. The signal also does not present features of being anything else. It does not have a pattern, for instance – it is just a drone. There is a small change in frequency, but contrary to what could be explained by the motion of the planet – which raises questions.

Now what observers are waiting for is a repeat of the signal, for if it is indeed a message, the sender would send it again. “If an independent team at an independent observatory can recover the same signal, then hell, yes! I would bet money that they won’t, but I would love to be wrong,” says Shami Chatterjee, a radio astronomer from Cornell University in New York.Ananthanarayanan

[the writer can be contacted at response@simplescience.in] 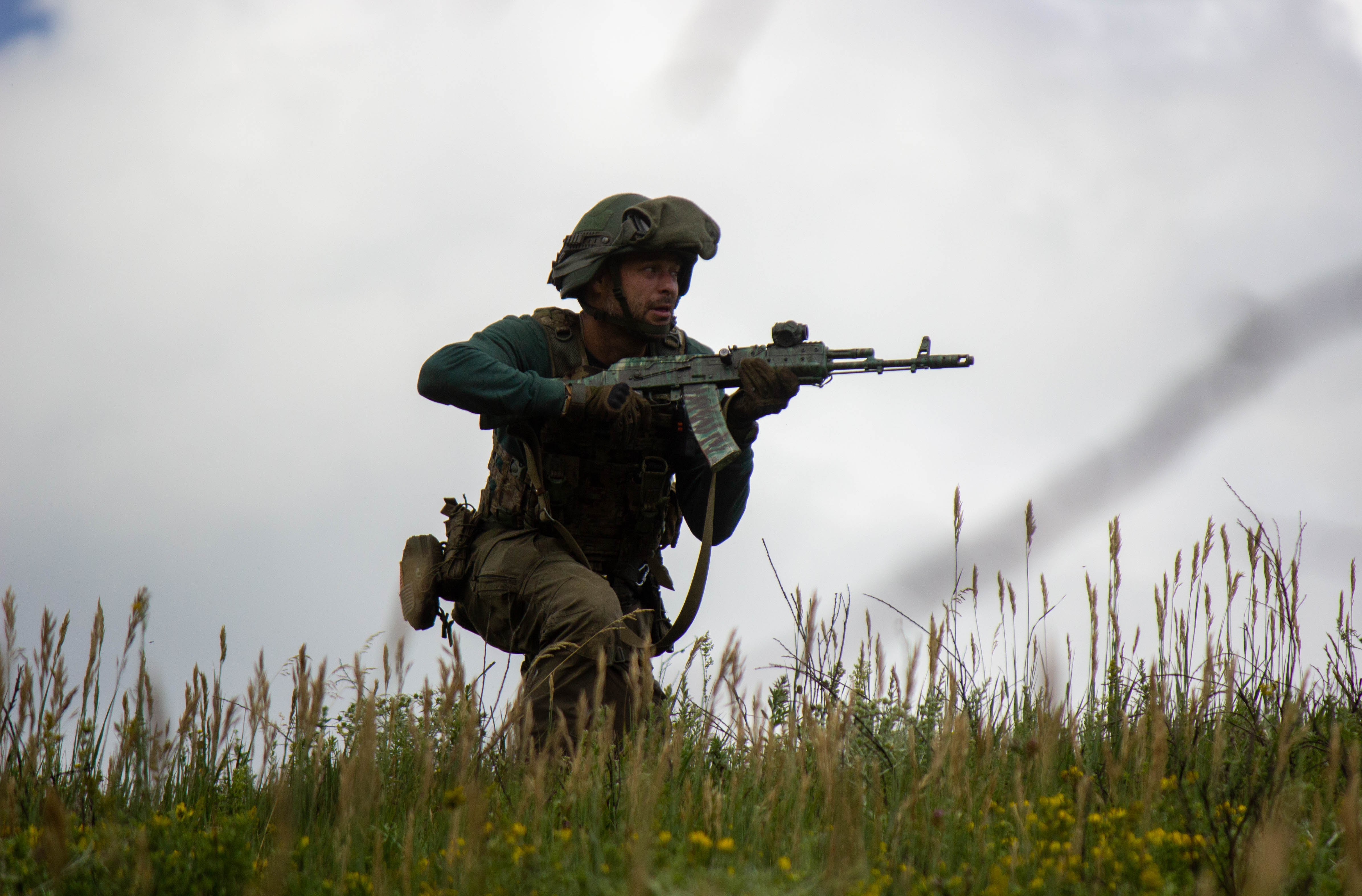 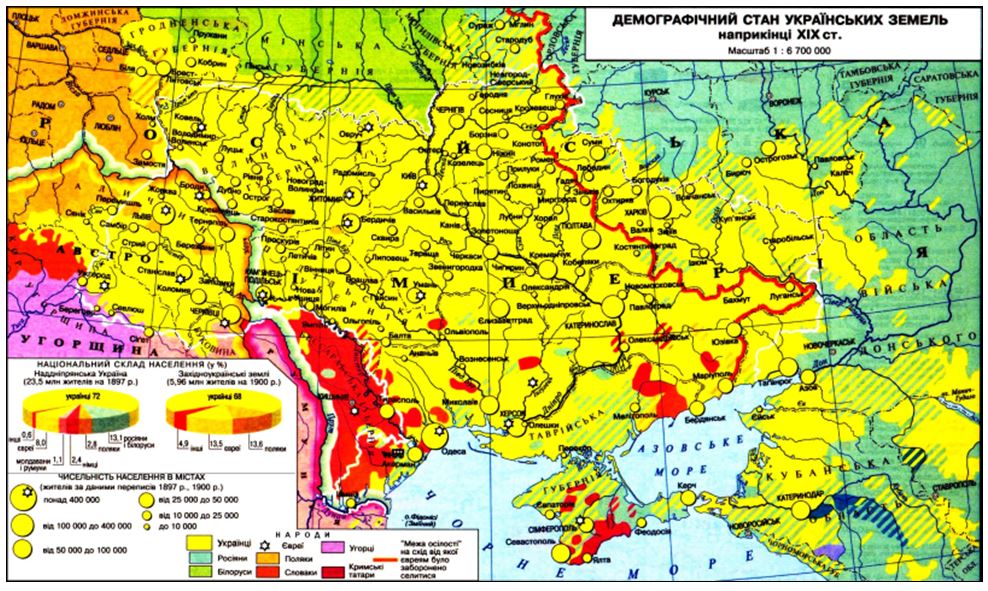 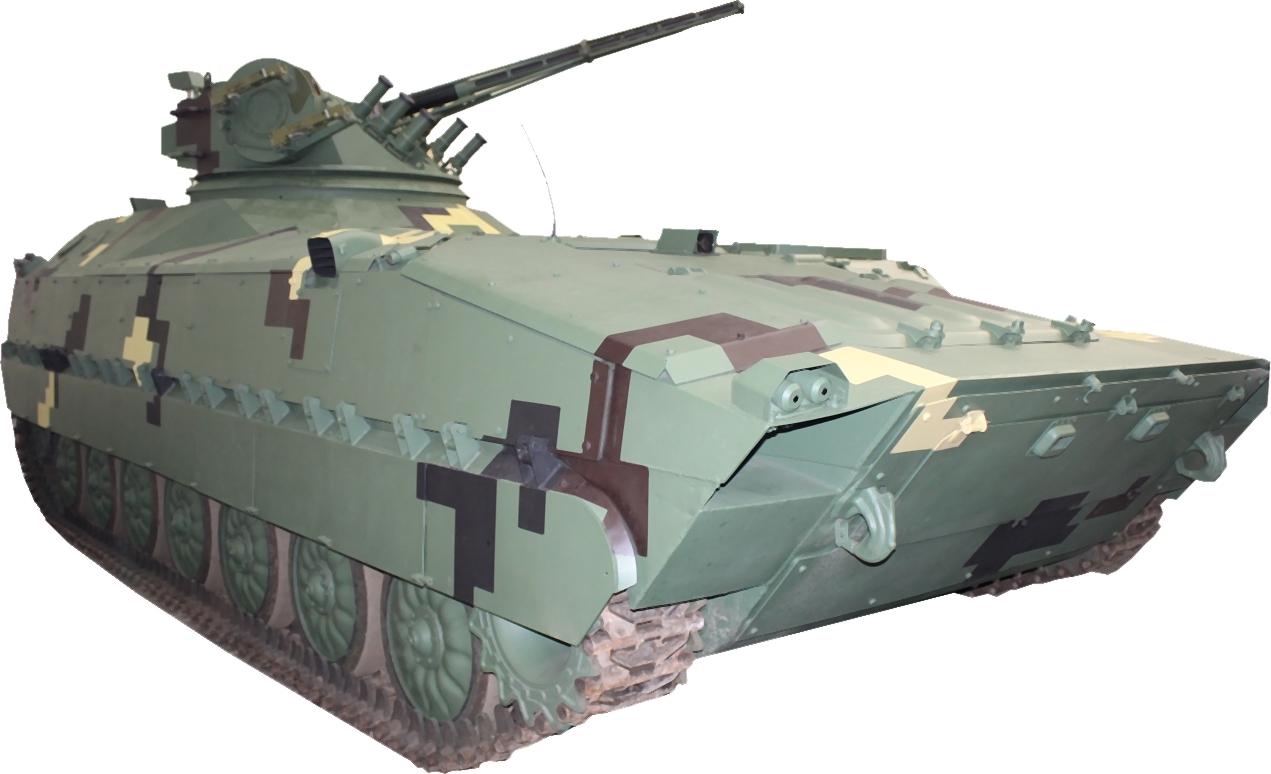 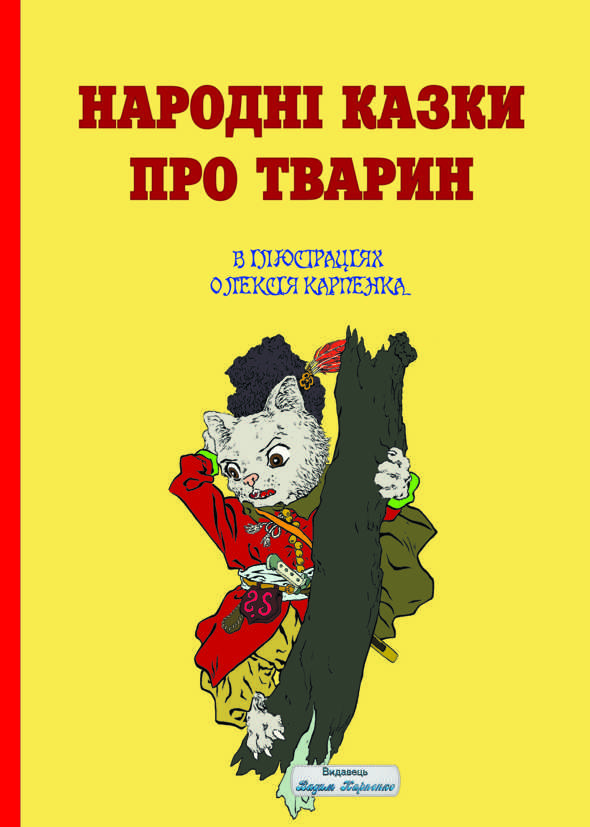 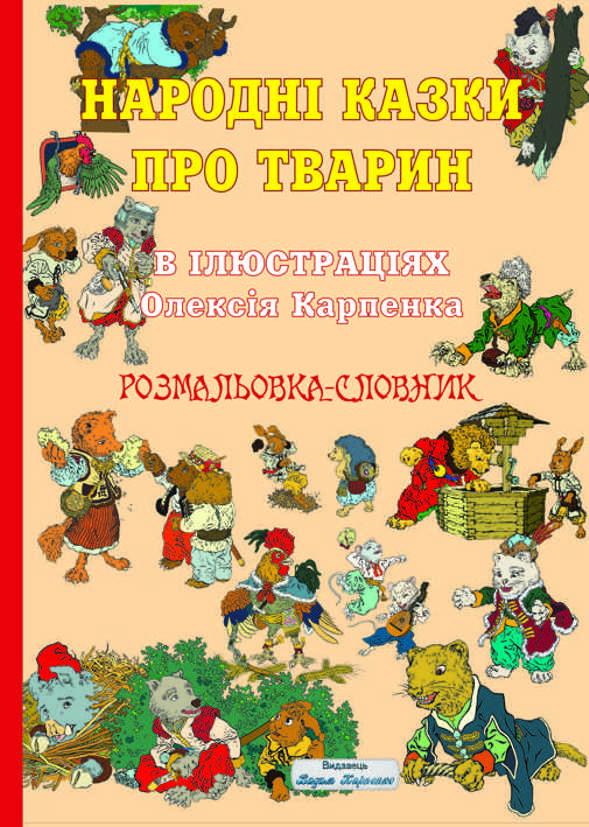 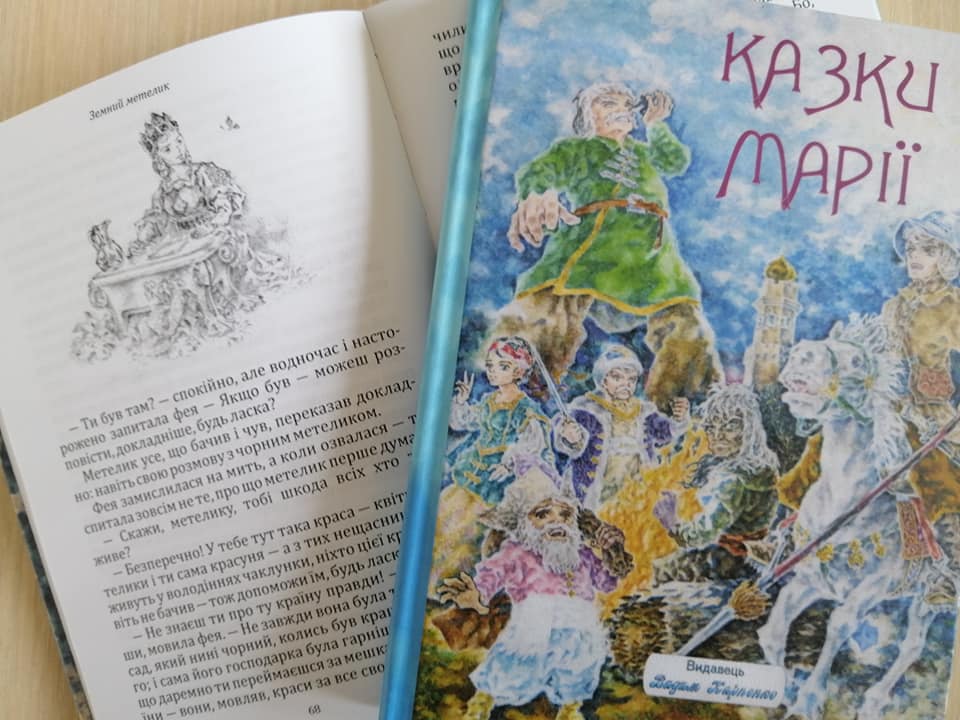 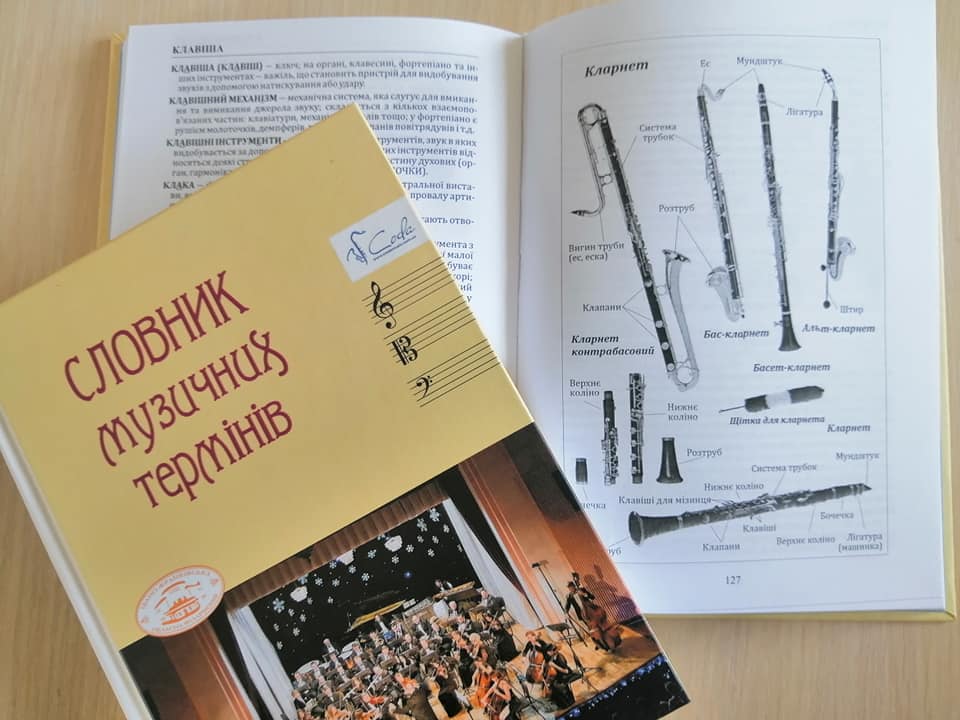 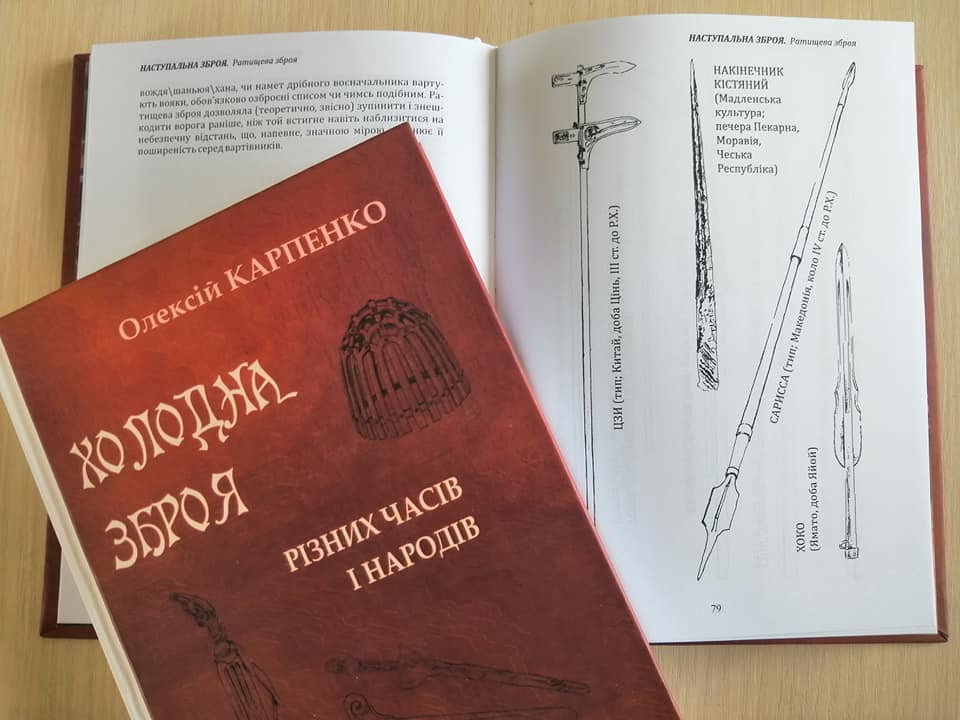 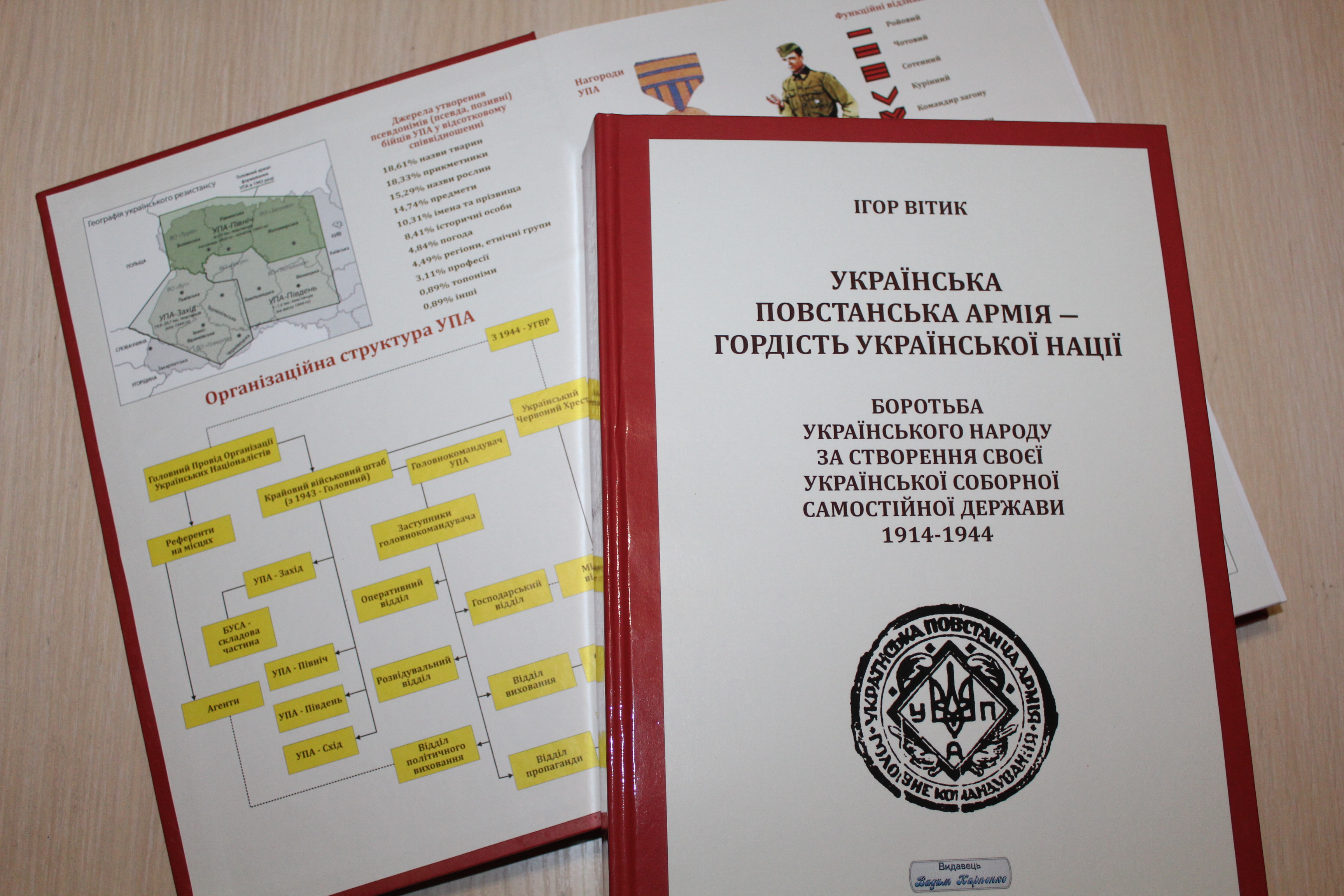 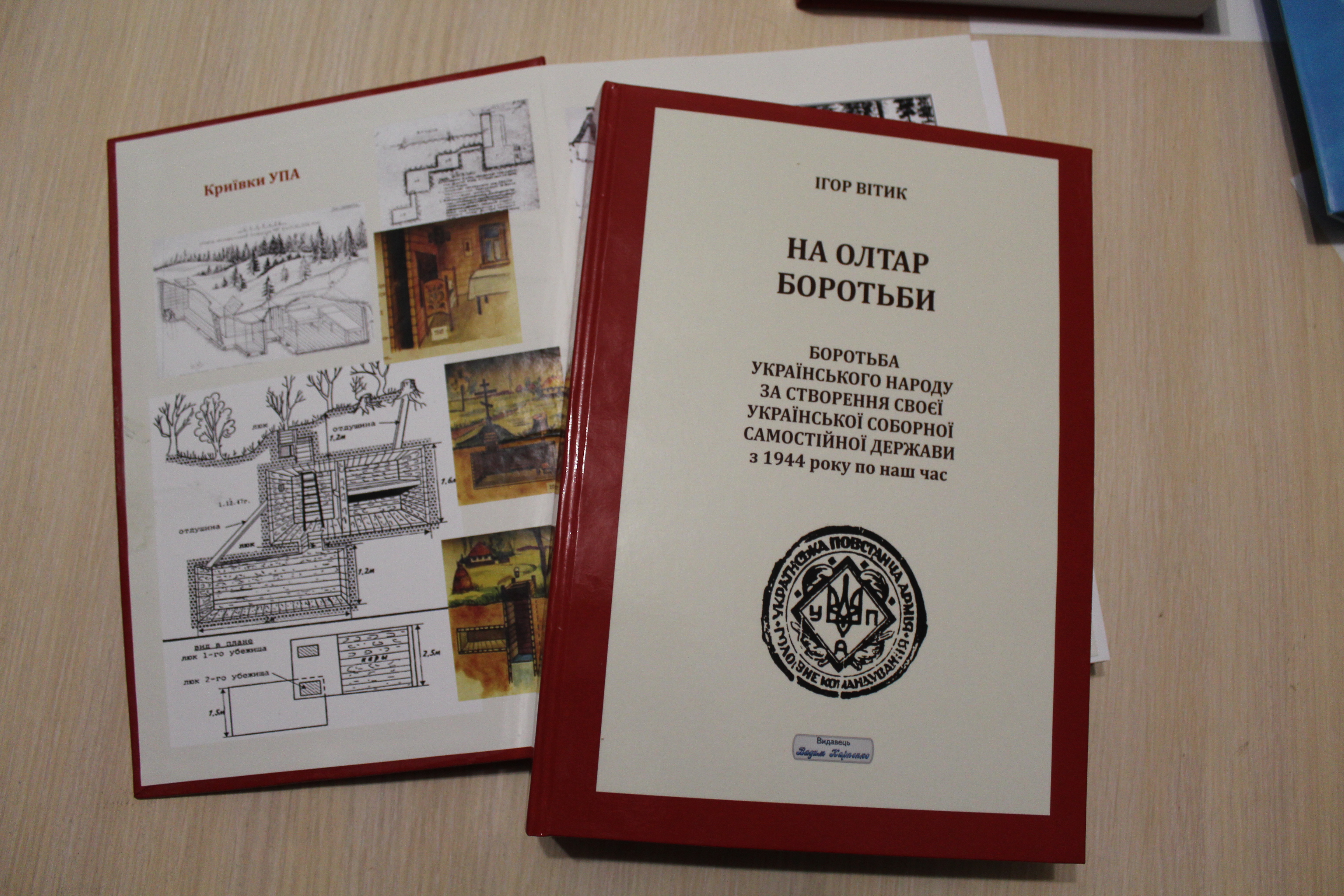